For all those wiring gremlins we love, this is the place to discuss them.

After following a number of Excels on Pete and Pauline Booles Lotus run around the Peaks on LITPs original day, I realised how crap Excels brake lights are, and, the fact that they dont have a central high level brake light was very noticable, so.....
We also own a NC (mk3) Mx5 which has a high level brake light mounted just in front of the rear window which fits the bill perfectly. Rather than upset my wife I bought another one for £20 off the usual internet platform. There are two types of these lights on the NC, one having a longer base than the other but that doesnt matter when you have a dremel in your hand with a cutting disc. I didnt take any pictures when I did it so I'll describe what I did.
The light unit has two mounting bolts underneath it, I cut these off level with the base of the unit, I then made a cardboard template of the gap where I was going to mount it and cut the back off the unit to fit. The lights are LED and it is a sealed unit so cutting it about leaves it open to the elements, so I used body filler to seal it up, sanded and sprayed with Lotus best colour of Monaco white completed that bit. I didnt want to drill any holes in the boot lid so mounting it I used double sided number plate tape, I ran the cable inside the rear spoiler. The spoiler is hollow and has three large drain holes in it. I did drill one small hole, under the foot of one of the spoiler mounts where I ran the cable to inside the boot, sealing the mounts with silicon. The cable is then taped to the underside of the boot, down the hinge, and to the rear brake lights.
It works brilliantly, is cheap as chips and looks like it belongs.
Have fun. 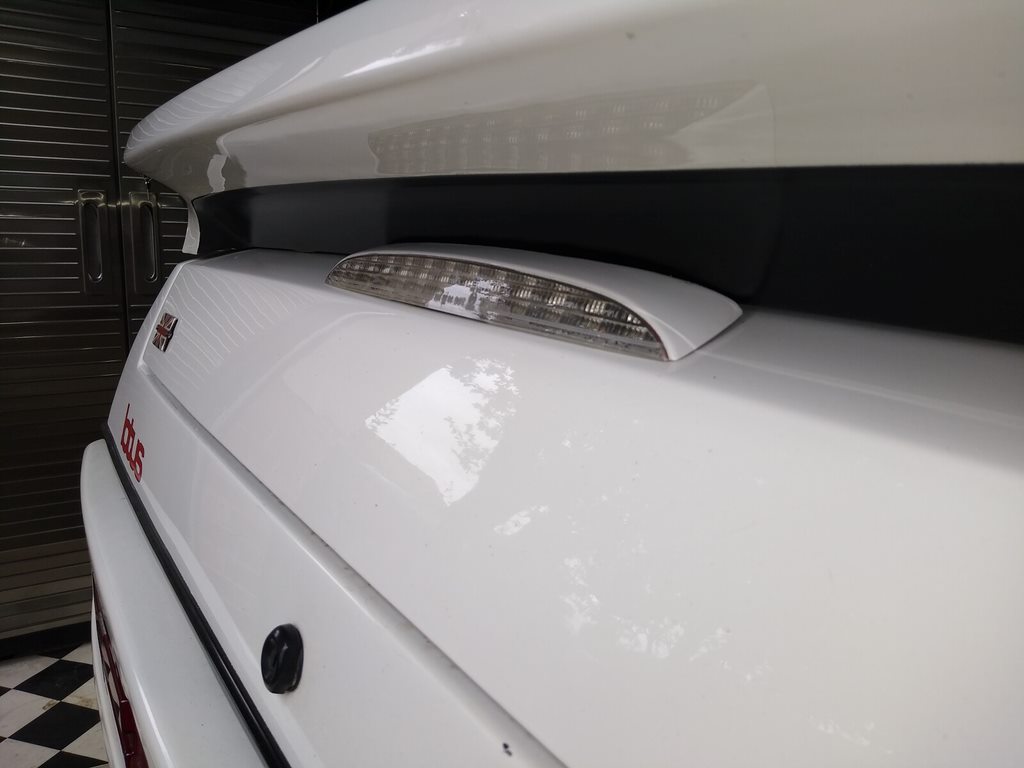 On a mission to find the airspeed velocity of a european swallow.
Top

I especially like the "crystal" lens as well - better than red. Good addition Bash. Now you just need to add 400 LEDs to the SD1 light units

I refer you to clint eastwoods most famous quote, "a mans has to know his limitations". However, I do know a man with a 3d printer and an electrical 'bent'. Has anyone got a grotty rear light unit that needs free lodging for a possible prototype ?

Bash
On a mission to find the airspeed velocity of a european swallow.
Top

There are a good few creative ways to change these lights popping up!

This has been done before - have a look at thishttps://www.thelotusforums.com/forums/t ... ent-912122. Too many wires for me to cope with!

That's the thread I had in mind!

I think that's the best solution I have seen - nice one Bash!
Cheers, Phil
Never take life seriously, nobody gets out alive anyway!
Top Nothing is fool proof. Fools are clever!
Top

You’ll be wanting progressive indicators like on Audis next!

Funny how facebook groups come up with an idea isnt it, Im sure some of will know what I mean.
Bash
On a mission to find the airspeed velocity of a european swallow.
Top
Post Reply
9 posts • Page 1 of 1

Return to “Electrics and Electronics”